Situation: Here is my current problem and was wondering if anyone had experience of the following:
Application - 260Kw submersible motors/pumps must be running up to full speed within 5-6 seconds of startup.

My proposal had always been to use a soft start until the pump manufacturer has stated that in order to provide sufficient cooling to the stator windings (using the sea water), it must be at full speed in 5-6 seconds.

I have been in touch with several of the big players, Siemens, ABB etc who have all said that they think that this can be achieved but no one is willing to give a guarantee.

Now, in order to give the motor the best chance of achieving this, the motor should be pumping against a closed valve, which would be minimal load and after the 5-6 seconds, the valve should be gradually opened which would then put a load on the pump but inertia would no longer be a problem. 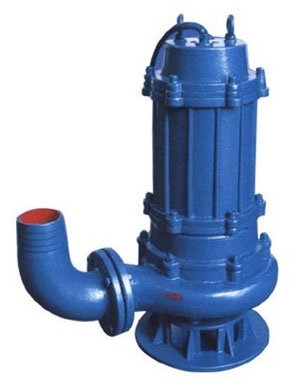 Star/Delta or DOL has been thought of but this would be too much of a strain on the system as there are 4 of these pumps to be run in a sequenced start procedure with interlocks to prevent all 4 coming on at once. The problem with Start/Delta or DOL is that, if 2 pumps are already running at 458 Amps each = 916 Amps then another starting with inrush of 3000 Amps could cause problems and there is not enough capacity from the generator to cope. Hence my option of soft start with current limiting of 400% set at 5 seconds.

The pump manufacturer cannot give me a straight answer on how they start these motors and have said that they have managed to start 500Kw surface motors with soft starts in 6.3 seconds. I really cannot believe that they have never actually started their own, off the shelf, 260Kw pumps.

This is what I am up against - no one is committing themselves and I certainly do not want to take this kind of risk because if it goes wrong - the soft start will get the blame - not the motor/pump and very unhappy customers who won't pay for a system which won't work.

Answer:
I have had this same situation posed to me, for submersible pumps. I received the same answer from the VFD manufacturers and, rightfully so, agree with them for stating as much.
They do not know because it depends on more than just the soft starter or motor. Even if you purchased both from the same manufacturer, they would still give you the same answer because they do not test for time to start up, and that would also depend on what motor, and rotor inertia, pump flow curves (is pump from same manufacturer as motor and soft starter? - I doubt it.)

The soft starter can be set to start the motor in 2 seconds, but it is the inrush current that may cause the drive to trip out, and that current is based upon dynamics of the motor as well as the discharge system, how much head pressure is required (instantaneous frictional losses).

Issue I have with starting against a dead head (valve closed) is that you have the same amount, or really even less, water circulation as you have with an extended start up - which is none.
You might be able to start against a slightly opened valve, to allow for some water flow or, depending on your system, have a valve open as close as possible on the discharge until the motor is up to speed, to limit the head pressure. Usually, I find this is not possible, but then again I do not know your system.

The real issue here is not if the motors can start up, but how fast and pulling how many amps.

Depending on your soft starter, you can set them to jump start the motor. It gives them a high amperage kick for a fraction of a second to get the motor moving, and then restricts back down and "slowly" ramps out to 5 or 6 seconds.

Another question for you, are the discharge piping of all pumps manifolded together or do they have their own individual piping? Probably not, but I have to ask. I ask this as if they share a common discharge, then once you start the 1st pump, the liquid in the discharge is already moving so instantaneous pipe frictional losses would be dramatically reduced. Not eliminated, but much less as you already have product moving. You will add to it, but it would not be like trying to push a roap thru a garden hose, from a dead stop, if you know what I mean.

Personally, I believe that you will find it will work, as 5-6 seconds is really a long time for a motor to start up, even for a 350hp motor, but then again my expertise lies more in above ground motors than submersible, but still...

To go into this further, soft starters work by limiting voltage (current) and current is torque, and torque is what is needed to move the water. VFD (variable frequency drives) on the other hand do not limit the current, but soft start by varying the voltage as well as frequency. VFD's have a higher torque per amp ratio. As long as the VFD is sized to start the load, you may be able to reduce the inrush current much better with a VFD. I don't have the white paper on this, but I know Toshiba had a white paper that did an excellent job at describing how the amp load is much less on a VFD than soft starter.

Another thing to consider is if you use a recirculation system to control water flow volumes. If so, then using a VFD may be a much better solution, as you can vary the speed instead of running the motor at full bore all the time and recirculating water. In such a situation, the drive can provide payback which a soft starter cannot.
VFD's can cost 3x as much initially, but if they work in the application and provide a payback, that is the way to go.