Distance between VFD and motor

Some manufacturers of large variable frequency drives integrate output circuit compensation in which case the length becomes less of an issue. 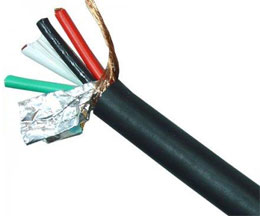 However, for smaller VFDs such circuitry is seldom implemented in which case distance can become an issue. The cabling between the VFD and the motor is also a major factor and specialized VFD cables are a worthwhile investment. It may be convenient to locate the VFD in a distant MCC but motor and VFD problems frequently occur and the emissions problems can become quite severe. Problems that can occur include blown output inverter circuitry, stator winding insulation failures, rapid bearing wear in motors.

Some may not be aware, but VFDs in the USA are increasingly used in rural applications. Often, single phase overcurrent protection is used by utilities - no reason to drop all customers on a line if a single line is faulted. Well, small VFDs can operate on two legs of a three phase system. To a farmer, this can mean the difference between pumping water and missing the allocated time slot. Washing machines and dishwashers in residential applications may have VFDs. In one warehouse in CA even bathroom fans were equipped with variable frequency drives.