On a centrifugal pump, the head at the discharge end should be 44% higher than if it were run at 50Hz, so the shaft torque would also be 44% higher, no? A throttling valve will restrict flow and reduce the load, but at the designed flow rate under 50Hz operation, the motor will still be operating 20% faster than it would at 50Hz. I'll take your word that this is acceptable.

What I would do would be to discuss the pump application with the manufacturer and see if it was possible to shave the impeller down to give design flow at 60Hz without the addition of a throttling valve or a frequency converter. Probably less expensive than putting in a variable frequency drive (though yes, that option is certainly possible.) 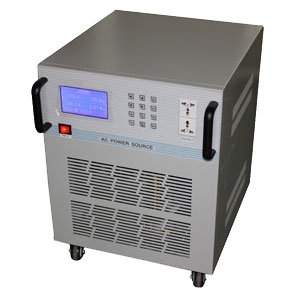 I'm not concerned really with operating a 380V/50Hz motor on 460V/60Hz, I'm concerned about the torque the load requires at the higher speed.

A three phase 460V motor operating at 60 Hertz has the same V/Hz ratio as a 380V motor operating at 50 Hertz - approximately 7.6V/Hz. The inductive reactance is higher at 60Hz, but the applied voltage is higher in direct proportion. As long as the load torque does not change between the two speeds (60Hz/50Hz), the motor will draw the same current at both speeds, and no harm will come to the motor. However, in centrifugal pumping applications the load torque varies with the square of the speed, and load torque and motor current are pretty much linear until you get near the breakdown torque rating of the motor or much below the rated torque of the motor.