Precautions of VFD for hoist application

An encoder of some type is typically used for hoisting applications when the hoist has no mechanical load brake in the gear case. Generally, when we build flux vector hoist controls, we employ 1024 PPR, 24 VDC, incremental, quadrature encoders. The PPR rate will be less at 50 Hz than at 60 Hz. The drive is set up to recognize encoder motion when no run command is given, as in the event of an electric motor brake slipping. If that occurs, the VFD magnetizes/torques up the motor and energizes an alarm relay to warn of the problem. The drive must also be programmable to allow an amount of flexibility with regards to the encoder signal. Basically, there has to be, for want of a better term, a little slop allowed in reading the RPM/Pulse feedback settings to eliminate nuisance tripping. 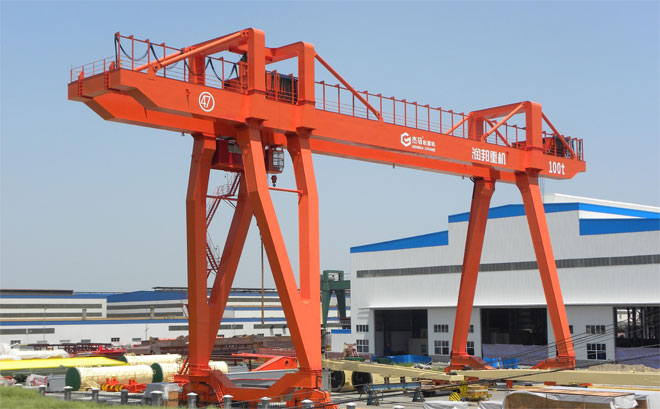 At start, we pre-magnetize the motor and build up the starting torque, programming the drive to energize and open the electric motor brake after the necessary torque level is reached. This minimizes or eliminates hoist drum roll-back. It's also possible to program the minimum start speed at app 1-2 Hz, before opening the brake at start. When decelerating, it's critical to maintain full motor torque at zero speed to keep the electric brake from closing if the directional command is reversed. We program the holding current to exist, basically, for approx 2 seconds, and disappear as soon as the motor reaches zero speed while a reverse run command is active. If the motor reaches zero speed at stop with the run command removed, holding torque is applied for app. 1-2 seconds and the electric brake is closed. This way, when the direction is reversed, the electric brake won't do nuisance closing during directional transition, and at stop the motor speed reaches zero before the brake is de-energized.

Of course, these features and capabilities need to be in the VFD. Not every VFD is hoist application suitable. Some hoist manufacturers use PLC interfaces instead of opto relay or mechanical relay interfaces between the operating voltage of, generally, 115 VAC in the US, and DC control card in the VFD. PLC interfaces can also incorporate commands derived from sensors on the hoist beyond the simple run command interface, signaling for example the lifting direction to stop when an upper travel limit has been reached. Load sensors can be connected to PLC's to protect against overloads, wire rope problem detection, etc., and programmed to react accordingly with the VFD.

Dynamic or Regenerative Braking is necessary in hoisting, employed both in deceleration, and in dissipating or channeling off the energy created from the overhauling force applied to the motor during lowering operations. The on-time of either unit must be based upon the length of the lift and the speed of the hoist, with corresponding wattage ratings of either unit with regards to hoisting duty cycles as well.