A circuit breaker is more reliable for tripping big machines than a drive. Hence some engineers prefer tripping a machine from the breaker via the PLC/safety controller. The machine could be pump or compressor.

After the trip, the startup means energizing the primary side of the transformer, whose secondary side is connected to the variable frequency drive. This subjects the transformer to the startup inrush current which could degrade it.

Tripping the machine may be due to high pressure, temperature, flow of fluid, surge, vibration, loss of seals, gas detection, fire, etc.

Q: To solve this, how do you evaluate using a secondary side circuit breaker which is tripped for tripping the machine while the primary side breaker is left energized? 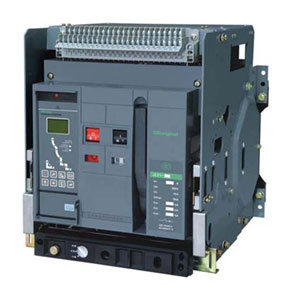 There are some considerations for protecting a motor drive, such as short circuit currents, over load, earth fault currents, along with any other electrical fault detection elements whose implementation depend on motor size. Either way, current-based faults are invariably better protected by circuit breakers at the same voltage level as the motor. Also, an HV-side protection relay will suffer reduced sensitivity to LV-side electrical faults, leading to the possibility of more severe equipment failures than necessary. However, if the motor/drive is quite small, not necessarily overcoming a cost/benefit restriction for installing a full LV-side protection system, you might want to consider investigating using a delay-on contactor on the LV-side of the transformer, which will reduce the startup inrush strain on the transformer when restarting.

As a Protection engineer, I'm a little concerned that the motor may be under protected. Nominally for motors <1MW, minimum electrical protection might include Short circuit current, overload, locked rotor, and earth fault detection. Larger motors might also pick up differential current and unbalanced load in their protection schemes.

In my experience, there are no draw-backs from having a circuit breaker on the LV/secondary side of the transformer. In terms of current detection, only measuring currents on the Primary side means that certain fault conditions (such as 1-phase to ground) can appear as a different type of fault altogether (possibly a phase-to-phase overload), depending on a number of factors related to the transformer.

I have never seen a motor or load directly connected to a step down transformer with nothing between the motor and the transformer. I have always seen either a fuse or fused disconnect, a secondary side breaker, or a VFD. This doesn't mean that it can't be done, but I have not seen it. I personally don't believe it's a good idea to have expensive pieces of equipment without protective devices installed between the two (maybe 120v single phase motors are different, but that's lower than anything I work on).

In basically every application I've seen you will have a low side breaker before the motor to interrupt fault current. This has an additional bonus of allowing you to energize the transformer without having to also energize the motor at the same time.

If this is for very low voltage motors there may be applications where you don't use a low side breaker. If you have a code book you can probably find a specification there, or you can check the many IEEE papers that are available.

For example if the primary CB was 400 Amps, should the secondary CB be higher or lower ?