Stepper technology has come a long way and certainly can be a good choice for many applications. However, there are considerations such as torque ripple and the fact they will slip position when over torqued. Some systems can detect the slip (even without an encoder) which is good, but unlike a servo will not create and correct the following error. If you add an encoder then more is possible but the control is still open loop, but you then have the ability to know if it slipped and how much. The biggest reason, imo, why servos have taken over the stepper is in overall control and integration options. If I have a 20 axis machine that is using a servo based multi axis controller, it's unlikely I would find a stepper drive that cleanly integrates into that system, and it's likely that most the axis would require closed loop servo control anyway causing me to just spec servos everywhere. And, servo systems have gotten inexpensive through the years, the premium for servo over stepper is no longer as big. But, steppers really can be a great solution if the application as a whole can accept. And in some cases, the slipping without correction is actually desired, although rare. 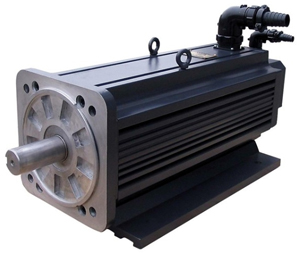 Stepper motors will actually let the drive shaft "slip" if the torque becomes too great, but continue to try and drive. Servo control is generally closed loop, so if a servo shaft becomes stuck mechanically, the controller will try and drive thought the obstruction, upping the torque. This means that servos always have to be enclosed in a safety barrier, and may cause significant mechanical damage (to themselves and other equipment) if left unchecked. Steppers on the other hand are inherently open loop, and will just continue to slip when their torque limit is reached.

Definitely, servo motor has more advantages over a stepping motor. If the power required exceeds the capacity of a normal servomotor, i.e. over 68NM at standstill torque, you can also use an asynchronous motor with a variable frequency drive in CFC Control mode (Current Flux Control) which gives you a very dynamic response very close to servos technologies. For applications that not require high power, a performance motor with low inertia with a good integral DC brake can replace as well stepper motors.

Now that steppers have integrated encoder feedback and independent closed loop drive boards with quarter phase step. The only limitation is magnet power, heat dissipation and size. Don't discredit 3 phase induction motors (poor man's servo) running in either encoder feedback or new Flux vector configurations. These new units have a 200:1 torque turndown. But more likely than not without a motor cooled with forced air cooling and designed for that turndown you'll smoke the windings under 15Hz at full torque even with a class H winding thermal rating. IMO a servo is the same as the new VFD's with a matched motor. It's just nomenclature. But large steppers that are overheated will trash very expensive magnets.