What is a Current Limiting Breaker?

Why use a current limiting breaker?
Could those breakers be applied to higher short-circuit current than they are rated for?
What is the range of current those breakers should be used and why?
Why some manufacturers offer them while others don't, or maybe they just called it differently?

A current limiting breaker exhibits a current limiting characteristic. That is it can reduce the peak apparent fault current to a lesser value and isolate the fault in less than a half cycle time. 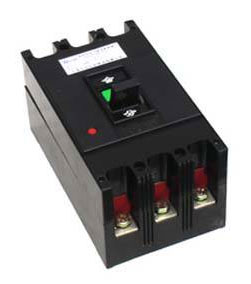 5/22/2017 3:13 AM
Current limiting breakers typically have limiter fuses in them and usually have interrupting ratings greater than 100kA. They can be as large as 5000A (usually the limiters are in a separate assembly for 3000A and larger). They are generally only used when necessary as they are expensive and as has been noted, when the limiters operate they have to be replaces. In any case they can't operate above their listed ratings. One of the main reasons I seen them used is to allow for series ratings with lower rated downstream panels as a cost saving measure (cheaper to buy one expensive breaker than a whole panel of them).

There are some manufacturers that have a specific blow open contact type that produces a dynamic impedance that is supposed to be current limiting without using fused limiters, but I don't have any direct experience with these.