Why HVDC is used?

Lot of literature can be found in French since France and Quebec are the countries where the HVDC transmission is very developed and already mature technology.
Why it is used? The answer is to avoid corona effect which is a source of energy losses, which are between 5-8% of the nominal installed power (huge if you compare with the power of a single transmission line). For this reason almost all of the long distance transmission lines from Siberia to European part of Russia are HVDC which is better than HVAC. Few more European countries than France are on the way to use this new technology more and more even the distances are not the main factor for it. 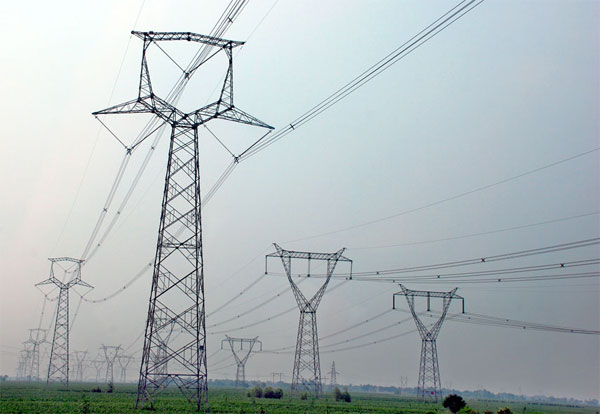 With the SiC technology used in power electronic, transformation from AC to DC and again to AC, there is much more efficient thermal management on the converters and inverters parts of the system.

What is the main problem in the DC system is the switching of the line. Switching of DC current circuit produces much severe heating effect than of AC current. The current never crosses through zero as it is with AC. In AC you may switch the current at close to zero and even the voltage is very high, the product of it is power dissipation that the switch will sustain (inductive load is harder to switch than resistive one because there is a phase shift between the current and the voltage). With HVDC voltage and current always the power dissipation will be far above zero and much higher than for HVAC. If you add to this the short circuit to ground problem as the system's fault condition you find these two as very serious problems that limit the use of this system. But yet, there should be some breakthrough in recent years even there, and as I have said my expertise is not this realm of engineering.