Why the power supply frequency is 50Hz or 60Hz?

Why not a 59 Hz? I prefer a prime number. If I were J.P. Morgan, I'd like to make Tesla have such a cool frequency. Or US yields to 55 Hz, and Germany get a 5 Hz bonus.
In the true world, a wide range of frequency for electrical machine could work economically, but in a real world, people make the standard, and 60 Hz simplified, e.g. the calculation. I guess Nikola Tesla had more common sense than I have. However, if I were born 100 years earlier, I would like invent a 59 Hz system to compete Westinghouse, uhmm, like Android did to iPhone. 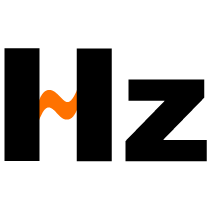 Because 3600 rpm equates to 60 cycles per second for two pole motors/generators. 1800 rpm equates to 60 cycles per second for 4 pole motors/generators and so on, for 3000 rpm and 1500 rpm 50 Hz motors/generators respectively. Variances from these frequencies are possible and are typically used for higher frequency govt. work etc. and simply requires matching the windings (turns) of the motor/generator designs to the capacitive frequencies of the electric power supply that will be running them. Mismatch of the power source to the winding design of the motor/generator or visa-versa, can lead to premature equipment failure due to overheating, explosions or worse. You don't want to go there.

Economics also played a very large role. Westinghouse realized that a 60 Hz transformer required approximately 16% less materials than 50 Hz and was able to offer the same capacity for less cost as a result. The impedance of transmission lines also varies with frequency so this played a part in the early days when hydro was the main mode of generation, requiring long transmission lines to the load points. Over time the 16.7, 25, and frequencies below 50 Hz fell out of favor because of noticeable flicker as incandescent bulbs were introduced.

But the main reason fixed frequencies were chosen is standardization, as anyone who travels internationally has discovered. Fortunately modern electronics have universal power supplies that are insensitive to all common combinations of voltage and frequency, assuming that you have the right plug!

Today's Tesla Motors' motor runs at a variable frequency, neither 60Hz nor 50Hz. They get energy from grid in DC. Similar question is why three phase, but more mathematics/economics.